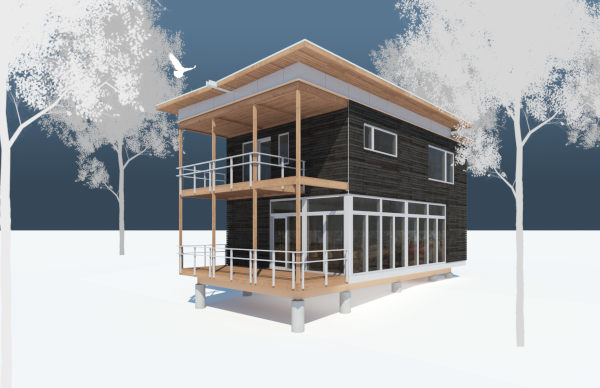 For our latest modern prefab house project update, let's check in with our client Justin who is building the modern prefab CornerHouse from Green Cabin Kits in the southwest.

Justin is a Realtor, investor and serial entrepreneur originally from Phoenix, but he has lived in Prescott since 2001. He is a native of Arizona and a graduate of Arizona State University, where he studied Business.

In his free time, Justin enjoys trying the latest restaurants, thrift shopping, and enjoying the beautiful northern Arizona weather while exploring the many lakes and trails with his pup, Ted.
When it came time to build his future retirement home, Prescott was an obvious choice for Justin because of its small town feel, friendly people and abundant recreation and natural beauty. For those unfamiliar, Prescott is a historic old west town dating back pioneer days. It’s home to the worlds oldest rodeo and world-renowned for its idyllic town square. Visitors can often be found wandering Prescott’s winding roads of Victorian homes or exploring the many historic saloons and former brothels of ‘Whiskey Row’ - the town's main entertainment district. 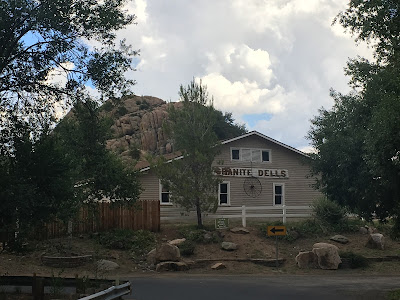 If you’re curious about what’s happening in the area or would like to relocate to beautiful Prescott, AZ don’t hesitate to contact Justin Morrow with HomeSmart Realty - he would love to hear from you! 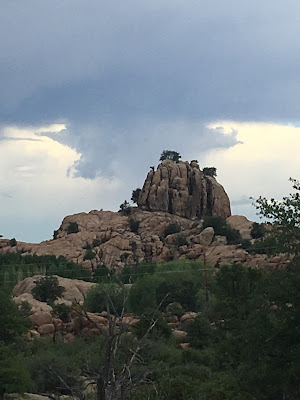 This project will be a learning experience for Justin, and he hopes to leverage it, along with his current knowledge of Real Estate, so that he can become an area expert in the green design-build space.

The site itself is located in a recreation area called the “Granite Dells”, an area of exposed precambrian bedrock which is over 1.4 billion years old. Over time, the rock has eroded to form spectacular vistas of boulders that seem to be delicately balanced into most interesting formations, which are very popular with hikers and rock climbers alike. The area is also home to 2 lakes - Willow Lake and Watson Lake, which are both popular destinations for visitors taking in the scenery.

The first residents of the Dells were Prehistoric natives who settled in the area over 9,000 years ago, and built an early network of dams and irrigation systems to support their agrarian lifestyle. In the 1800’s, the area passed into private hands and was part of the Payne family ranch and became the site of one of Prescott’s earliest resorts - compete with swimming lake, picnic areas and lawn bowling.

If you’re a fan of Westerns, you may recognize the landscape from some of your favorite films, featuring actors such as John Wayne and Buster Keaton.

The uniqueness of the geography does not come without its challenges, as homes in this area often require significant engineering to account for the granite outcroppings and silty, decomposed granite soils. As of late, the area has also become known for its unique architecture, with several Modern homes dotting its otherworldly landscape, as well as geodesic domes, cave castles and earth ships. 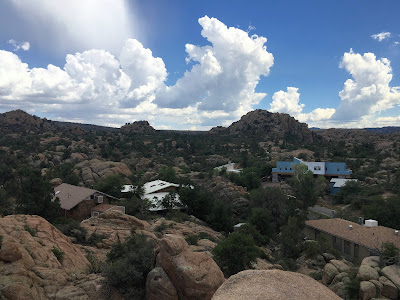 When undertaking this project, Justin put great deal of care into finding a design that would complement the unique beauty of the area and when he first discovered the CornerHouse plan 2013, he knew immediately it would be a perfect fit. 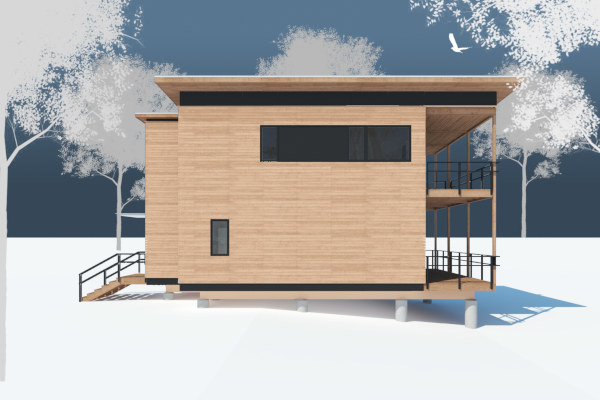 The site itself sits prominently elevated above the granite basin of the Dells, nestled in a small ravine and visible to the streets below. To access the site, you must ascend a narrow gravel drive to a secluded cul-de-sac where the residence will sit atop 13 concrete piers, providing panoramic views in almost all directions. 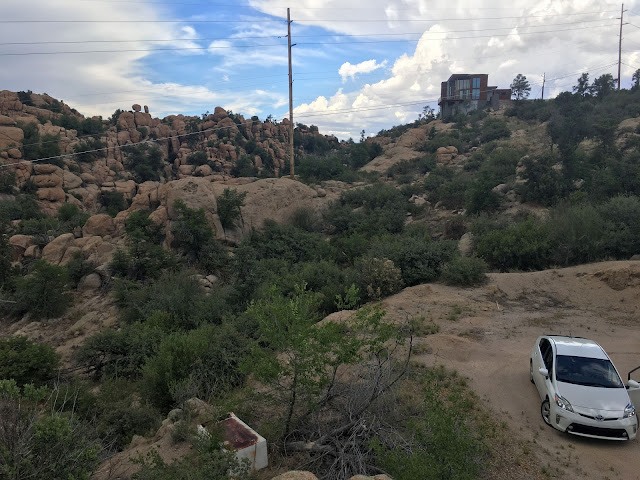 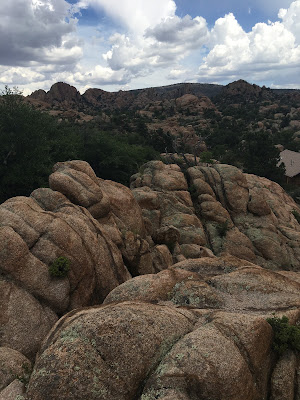 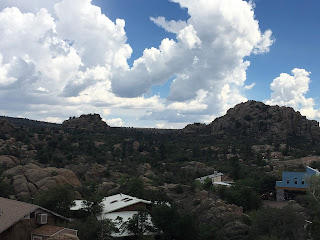 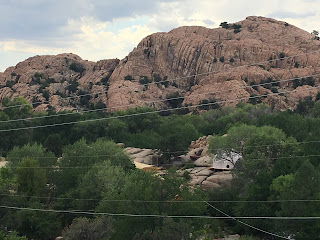 To build the home, Justin is working closely with the Yavapai County development services department to obtain the extensive reports and engineering required. Due the the diverse geology of the area and often problematic soils, he was required to submit a full soil analysis, topographic report, as well as the typical site plan and fully engineered building plans. He selected Red Butte Engineering for the soils report, Granite Basin Engineering for the site plan and topographical analysis as well as Wright Engineers for the structural side - the partner firm to the SIPs manufacturer, Premier SIPs.

In order to prepare the site, it will be necessary to excavate and grade a steep slope of silty-type granite and eventually build a retaining wall to control erosion of the roadway above. This will be done in several phases, starting with the foundation and working closely with the local municipality to ensure all local standards are met.

This residence will differ from the standard CornerHouse prefab modern house in a number of ways... more details on this modern prefab house project, coming soon!